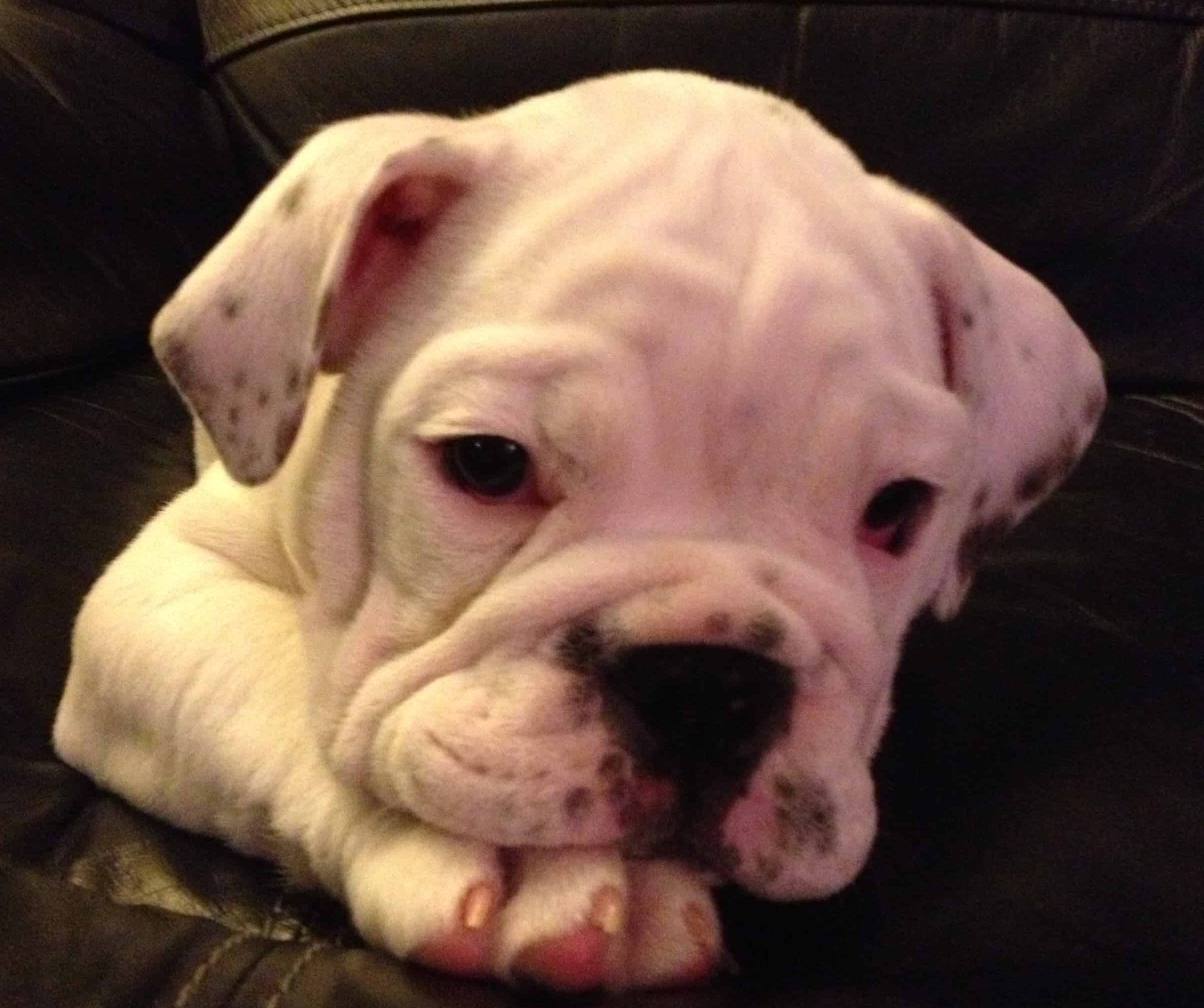 Important Things to Know When Getting an English Bulldog Puppy

So you want to get a puppy. More specifically, an English Bulldog puppy.

Yes, they are cute, cuddly, wrinkled and snuggly.  And hopefully, you’ve done your homework. So now you know what you’re getting into when you decide on the English Bulldog breed.

Because they’re not the easiest breed to own — And if you’re looking for a dog to go with the flow and pretty much take care of itself, the English Bulldog IS NOT for you.

English Bulldogs love their owners. They require daily human interaction. So if you are looking for a security guard, or a dog to tie up outside (an “outdoor dog”), then an English Bulldog is not a good idea.

And if you’re hoping for a dog that will just chill on the couch or floor, and doesn’t need a lot of mental stimulation, then an English Bulldog is not for you. Does that last one surprise you? While it’s true that bulldogs can be couch potatoes, they’re not the “lazy” breed that people might think they are. Bulldogs are curious, smart, can be quite active and can also get bored easily. What happens when a bulldog gets bored? They invent something fun to do:

And most importantly, if you’d like a new puppy who will not require ongoing maintenance, or vet appointments, or have any kind of health and medical issues…then, you guessed it:  an English Bulldog is not for you.

Because English Bulldogs require work, dedication, focus, and lots of lots of training. And they also are prone to many medical issues. There’s an article that came out in the NY Times several years ago, and caused some waves in the world of bulldog breeding. Some might say it was quite controversial.

While I agree with the general message of this article, I don’t think it is going to sway the way people feel about English Bulldogs. Yes, the breed was systematically created to be the way it appears physically. Yes, there (unfortunately) are less-than-reputable breeders out there who exploit the bulldog image by embracing unprofessional breeding tactics. But those who truly admire and respect the breed maintain the highest level of standards when planning a new bulldog litter.

So once you’ve decided on an English Bulldog puppy, and once you’ve absolutely fallen in love with the breed — please make sure you have also done your homework before putting a deposit down with a breeder.

Here is a good place to start, if you are searching for a reputable English Bulldog breeder: Bulldog Club of America

But it would also be worthwhile to obtain a reference from someone who has previously purchased an English Bulldog puppy from them.

In addition to that, I’ve sometimes asked the breeder to provide the name of their veterinarian, so I can confirm they have been taking proper care not only of the puppies, but general health care for their adult dogs as well.

How Often to Feed an English Bulldog Puppy

Summary of What to Know About English Bulldogs

To summarize, English Bulldog puppies are adorable and tons of fun. But there are few things you need to remember, before adopting one of these cutie pies: 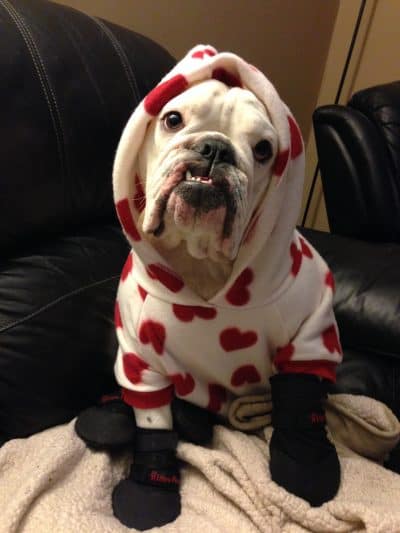 Important Things to Know When Getting an English Bulldog Puppy

Robin is a long-time bulldog enthusiast, and dedicated bullie mama.

She spends most of her days surrounded by grunty and slobbery bundles of joy, and wouldn’t have it any other way. In fact, she loves her dogs more than most people (only slightly kidding…) But she also enjoys sharing her personal stories and experience related to this amazing and unique breed.

Robin is a long-time bulldog enthusiast, and dedicated bullie mama. She spends most of her days surrounded by grunty and slobbery bundles of joy, and wouldn't have it any other way. In fact, she loves her dogs more than most people (only slightly kidding...) But she also enjoys sharing her personal stories and experience related to this amazing and unique breed.